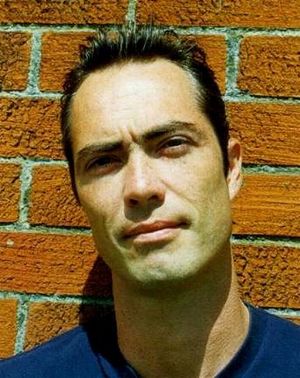 Nathan McCree is a music composer, audio director, sound designer, and voice artist and a member of the British Academy of Songwriters, Composers and Authors (BASCA). He has worked in the film, TV, and computer games industries since 1993.[1]

In the Tomb Raider franchise he is widely known for composing the music for Tomb Raiders I, II and III, together with Martin Iveson[2]. He has been heralded as one of the best composers in the computer games industry.

Nathan's musical themes are still used in Tomb Raider games to this day, and Tomb Raider III has been described as one of the "best sounding computer game(s)"[3]. He composed the solo oboe tune that was the original Tomb Raider theme, whilst his use of "foleys" or musical cues, such as the marimba glissando heard whenever Lara found a secret in Tomb Raider added greatly to the atmosphere of the Classic Core Design games. The rhythmic "cellos followed by glockenspiel" music heard when the Tyrannosaurus Rex appeared during TR1 helped to make that scene one of the most memorable moments ever for Tomb Raider players[4].

He also did the voice over for the monk in St. Francis' Folly[5].

The Music of Tomb Raider[6] (aka. Tomb Raider - Live in Concert) is a two hour orchestral live concert that was performed by The Royal Philharmonic Concert Orchestra & Choir, conducted by Robert Ziegler, on Sunday, 18th December 2016 at the Eventim Hammersmith Apollo, London.

A CD release of a re-recording of the songs played at the event has been announced as The Tomb Raider Suite. It has been financed through Kickstarter in May 2017, where it reached 121% of its target. Recording followed in Summer 2017. Release is scheduled for 2018.

Besides the soundtrack for the first three Tomb Raider games, Nathan has also worked on several other projects and games over the years, most notably Silent Hill: Downpour and The Spice Girls: Christmas in Spiceworld.