The Aztec were a pre-Columbian middle American civilization, whose realm was mostly confined to what today is central Mexico and Yucatan. They were conquered by the Spanish during the early 16th century.

The Aztec were a highly evolved culture of warriors and farmers. Human sacrifice was common, as in many meso-American cultures like the Maya. 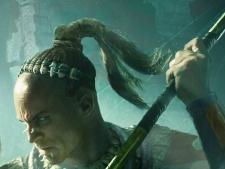 Lara Croft and the Guardian of Light is set in Aztec mythology. The eponymous guardian is Totec, an Aztec warrior, that guards the Mirror of Smoke from the evil god Xolotl. When Lara Croft discovers the mirror and it is subsequently stolen by Vasco, a local warlord, Totec helps Lara fight the evil curse of Xolotl that is unleashed.

There are many Aztec Relics_(GoL) throughout the game. Collecting them grants special abilities to the wearer.

In the Comic prequel to the Tomb Raider reboot the Aztecs are mentioned by James Whitman in a side note: When his show gets cancelled, he thinks that his show about the Aztec ruins was to blame.