Remark: This article describes the Expedition Card Compound Bow in Rise of the Tomb Raider. For information about the weapon, see Compound Bow.

Compound Bow is a set of Expedition Cards in Rise of the Tomb Raider to be used in one of the Expeditions, like Score Attack, Chapter Replay, Chapter Replay Elite, Remnant Resistance and Endurance Mode. The card has different tiers, each of which with their own properties and score modifiers. 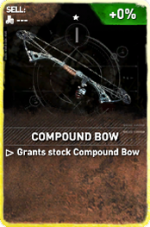 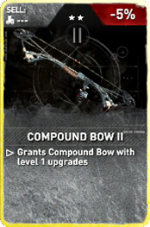 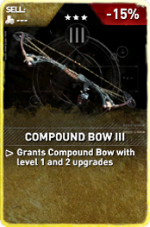 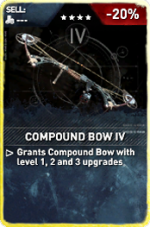 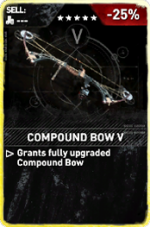