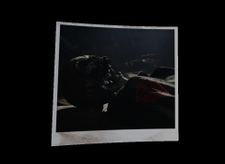 The Trinity Badge is one of the artefacts in Shadow of the Tomb Raider. It is part of the Lara's Notebook collection.

This Artefact is actually a photograph taken by Lara Croft. It is one of the first found within the game, during Lara's exploration of the Mexican isle of Cozumel.

Trinity is an ancient and secretive organization ruled by an Illuminati-like High Council that has existed since the time before Christ.

They are determined to find, and exploit, all of the ancient artifacts of the world. I've been hunting them since I found out they killed my father.

Jonah and I have tracked down so many Trinity cells since then, but all of the other ruins and tombs we found were destroyed, except the one in Cozumel.

I need to find out what they're after, what their end game is, and stop them.
Artefact description in the game inventory
Retrieved from ‘https://www.wikiraider.com/index.php?title=Trinity_Badge&oldid=50755’
Categories: