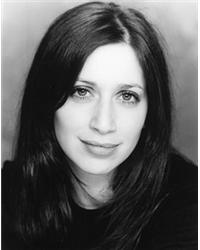 Shelley Blond was the first and original voice actor of Lara Croft in the first Tomb Raider, in 1996.

The Gaming Liberty: Take us back to the mid nineties and your work with Core Design and Eidos on Tomb Raider? Can you remember your audition for the role?

Shelley Blond: I do remember it. I remember getting a call from my agent and being asked to record a few lines from a script into a tape recorder and to send it in. A week or so later Eidos/Core called me and I had to do an audition over the phone on a conference call. They would tell me what to say..for example, “welcome to my home” and I had to repeat it. It was quite nerve racking with all those people breathing down the phone. I knew they had been searching for the voice to no avail for three months at least and so that made me even more nervous.

TGL: What was the team’s vision for Lara Croft? What did they ask you to bring to your voice performance?

SB: If I remember correctly it was their first adult game……all their games before had been with kids in mind and they didn’t know if it would be successful or a hit. I do recall them asking me to read the lines very monosyllabically. They specifically said to read them like Sean Connery as Bond…but without the Scottish accent!

TGL: Did you enjoy working with the Tomb Raider development team?

SB: I did…they were a great bunch of people. Everyone was very excited about the game.

TGL: Did you have any sense at that time just how much of a significant gaming and cultural icon Lara Croft would become?

SB: None of us had a clue how huge she would become. When I had to start doing interviews with the New York Times and The New York Herald I started to think….hhhhm..this might be taking off!!

TGL: There seems to be something of a revolving door policy when it comes to Lara’s voice, nearly every voice actress appears to be replaced with every new game. Would you have liked to have been given another shot as Lara’s voice?

SB: No……I left after the first game on my own terms as I didn’t agree with some things within Core and Eidos and I never just do jobs for the money. I have to love everything about the job too and the company policies. One of my best friends, Jonell, got the job as Lara for the third game and I think 4 and 5 too. They called me a few times to ask if I would be interested to come back for game 7…..but in the end went for a celebrity name.

TGL: How ‘close’ is your voice to Lara’s in the original game?

SB: Hhhm…similar but I have much more expression in my voice and have a deeper tone. I had to really keep it on one level for Lara. They really wanted that. I do lots of stuff for ITV..all the ‘X Factor’ voicing and ‘I’m a celebrity’ promos…..so it’s more upbeat, street and musical.

TGL: What can you remember of the recording process?

SB: I remember it taking 5 hours and it was a lot of ‘oohs’ ‘ahhs’ and sounds of ”oooofs’ when Lara was smashed into a wall…..or falling off a cliff.

TGL: Have you lent your voice to any other videogames?

SB: Yes. I am about 7 different voices on Black and White. I play kids, old women…….a few men!! But my work consists mostly of cartoons, promos, commercials and jingles.

TGL: You’ve appeared in dozens of commercials. Any we’d know off the top of our heads?

SB: They were quite a time ago now…..but we won awards for our Toffee Crisp Cluster one where I play a changing rooms presenter(!) who does up someone’s house hideously and has to calm them down with toffee crisps. Also two David Gray CD Commercials when my boyfriend and I argue over who gets to keep the album when we split up. They were both very good fun and great comedic roles.

TGL: If given the opportunity, would you consider reprising your role as Lara?

SB: I think so. I am terribly proud of being the first Lara.