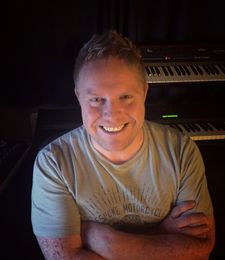 Peter was born on 8 September 1972. He is currently living in Newcastle, UK[1]. Besides his work for Eidos and Core Design, the studio that invented Tomb Raider, he has worked for other video game publishers like Ubisoft as well and is currently employed at Slightly Mad Studios, working as Senior Sound Designer.

On 28 August 2018 Connelly announced that he would hold a Kickstarter campaign to finance the release of a reimagined symphonic version of his Tomb Raider Soundtracks which will be starting on 1 October 2018. A website dedicated to this project was set up.[2]
Retrieved from ‘https://www.wikiraider.com/index.php?title=Peter_Connelly&oldid=50533’
Categories: