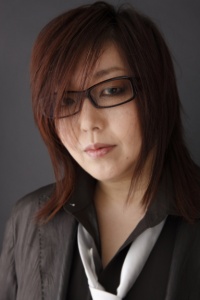 Megumi Ogata (緒方 恵美) provided the Japanese voice of Lara Croft in TR1 (Also known as "Tomb Raiders" which is the title for the localized Japanese version of the first Tomb Raider game.)

Megumi managed to steer away from her typical 'masculine' and 'rough' tone to play Lara in comparison to her roles as Sailor Uranus and Petz from the 1990's anime series Sailor Moon.