Difference between revisions of "Xbox 360" 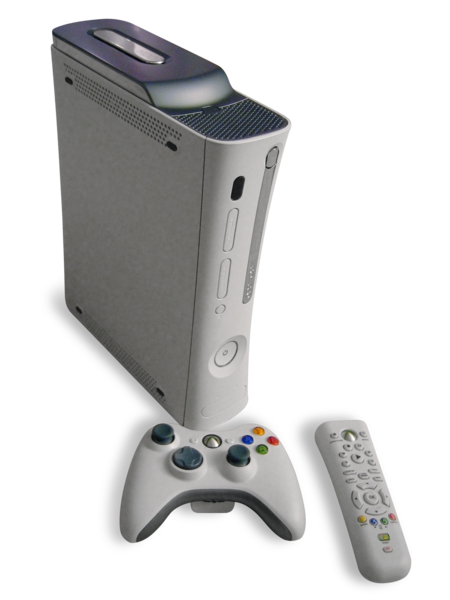 Xbox 360 is Microsoft's second video game console; it is the successor to the Xbox. The Xbox 360 competes with Sony's PlayStation 3 and the Nintendo Wii as part of the seventh generation of video game consoles. The "Console War" has been going on since the release of the Playstation 3 after the release of the Xbox 360, and gamers nationwide have been fighting, perhaps physically as well as verbally over what system is 'better'. There's also a neutral party who's aim is to show the feuding console fans the logical side in which they're both video game consoles, regardless of what has better graphics.

The Xbox 360 was officially unveiled on MTV on May 12, 2005, with detailed launch and game information divulged later that month at the Electronic Entertainment Expo (E3). The console sold out completely at release and, as of 25 April 2008, 19 million units have been sold worldwide according to Microsoft.The Xbox 360 comes in three different versions: the "Arcade" console, the "Premium" console, and the "Elite" console, each having its own selection of included and available accessories. Another version of the Xbox 360, called the "Core" which was available from launch, has since been discontinued for retail and replaced with the "Arcade".