Difference between revisions of "Tomb Raider"

(?? please check these dates, Sega Saturn was the first to get Tomb Raider!)

Adventurer Lara Croft has been hired to recover the pieces of an ancient artefact known as the Scion. With her fearless acrobatic style, she runs, jumps, swims and climbs her way toward the truth of its origins and powers - leaving only a trail of empty tombs and gun-cartridges in her wake. On this trail are the most breath-taking 3D worlds yet seen - where exploration, puzzle and platform elements blend in a seamless real-time environment. [1]

Climb, swim, and backflip your way through a maze of cryptic death traps so realistic you can practically smell the decaying flesh. Unload an arsenal of lethal firepower on any wild-dog, giant lizard or blood-thirsty mercenary that gets in your way. Your mission is the deadliest one to date - the recovery of the fabled Scion, an incredible treasure reputed to give its possessor vast power. Get ready to cross the globe to take on impossible odds while exploring Incan ruins, Ancient Rome, Egyptian Pyramids, and the Lost City of Atlantis...

Tomb Raider is third person perspective, with the camera following Lara. She can run, walk, vault, shimmy, jump, move blocks, swim, swan dive, roll, shoot and perform numerous acrobatic aerial manoeuvres. She automatically locks on to enemies and can run and jump while locked on, giving her the advantage to jump behind the enemy while shooting it in the back. The AI of enemies is mediocre. When confronted with a lion, it will run, stop to growl, run again, stop to growl again, and so forth. This can be seen as unrealistic, but was impressive at its time, and does little to inhibit the gameplay.

Lara Croft, daughter of Lord Henshingly Croft, was raised to be an aristocrat from birth. After attending finishing school at the age of 21, Lara's marriage into wealth has seem assured, but on her way home from a skiing trip her chartered plane had crashed deep in the heart of the Himalayas. The only survivor, Lara learned how to depend on her wits to stay alive in hostile conditions a world away from her sheltered upbringing. 2 weeks later, when she walked into the village of Tokakeriby her experience had had a profound effect on her. Unable to stand the claustrophobic suffocating atmosphere of upper-class British society, she realised that she was only truly alive when she was travelling alone. Over the 8 following years she acquired an intimate knowledge of ancient civilisations across the globe. Her family disowned their prodigal daughter, and she turned to writing to fund her trips. Famed for discovering several ancient sites of profound archaeological interest she made a name for herself by publishing travel books and detailed journals of her exploits. [2]

As such Lara was born under the name Laura Cruz. "Laura" was later dropped in favour of Lara, to appeal more to American audiences. At the same time, her back story started to shape up and it was decided she should become more British, hence Cruz was changed to Croft to accommodate this. Personality-wise, Lara was a cold-blooded militaristic type in the early concepts. According to Toby Gard, the idea to make her a female Indiana Jones was not present from the beginning, but rather grew naturally out of the development process as the game took its final form.

Action - used to grab ledges in mid-air and vault onto ledges when Lara is on the ground. Used to fire weapons when drawn. 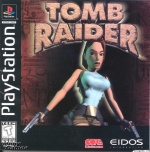 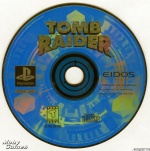 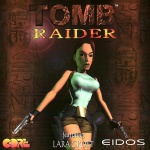 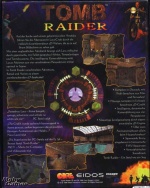 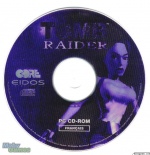 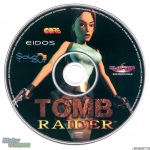 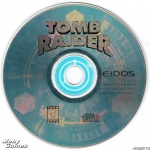 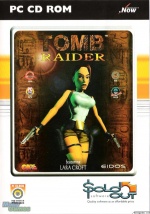 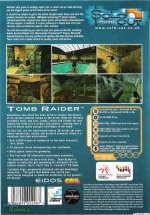 Sold Out cover back (UK and Ireland)

Sold Out media (UK and Ireland) 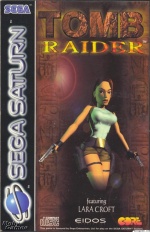 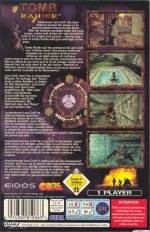 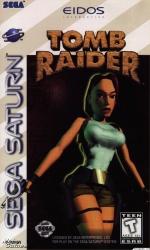 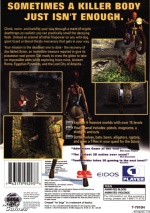 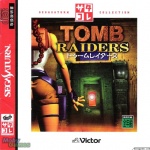 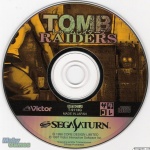 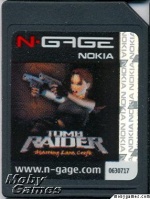