Difference between revisions of "Tavan & Mitto" 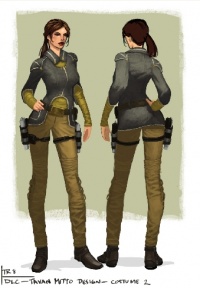 Tavan & Mitto is a fashion house founded in 1995 by Payam Tavãn and Mike Mitto.

In 2008 they created a designer outfit for Lara Croft to wear in Tomb Raider Underworld which was presented at the "Virtually Fashionable" event at Montreal's Festival Arcadia in 2008. Starting mid-December 2008 fans got to vote whether their outfit or the one by Travis Taddeo made it into the Tomb Raider: Underworld Designer Costume Pack released 10 March, alongside Lara's Shadow. Taven & Mitto lost to Travis Taddeo however and this outfit was never realised.