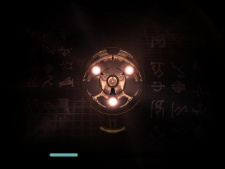 The Peru Section is the first of the four sections in Tomb Raider Anniversary, as the Croft Manor doesn't really count, since it's more of a training level.

As the name suggests, the section takes place in Peru, and consists of remakes of the levels of the original Tomb Raider.

After Jaqueline Natla has persuaded Lara to continue her search of the Scion of Atlantis in Peru, she sarts at the Mountain Caves. The dangers of the journey introduce themselves right at the start, as a pack of wolves attack Lara and her guide from the depths of the cave, after Lara has opened the entrance. The guide doesn't survive the attack, but Lara does with the help of her signature Pistols.

The quest for the first piece of the Scion takes Lara further into the cave, to the long lost city of Vilcabamba and to a beautiful Lost Valley. But the locations hold many dangers in the form of traps and hostile animals. Also, many puzzles await for to be solved, making it possible to progress into the Tomb of Qualopec.