From WikiRaider
Revision as of 16:19, 17 June 2012 by The Poet (talk | contribs) (moved the image to the beginning of the article, as a main image)
(diff) ← Older revision | Latest revision (diff) | Newer revision → (diff)
Jump to: navigation, search 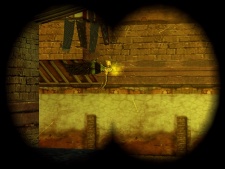 The Harpys are mythical flying creatures that make their appearance in Tomb Raider: The Last Revelation.

Harpies are demonic monsters of Greek antiquity, consisting of a woman's head and chest married to the body of a bird. In the story of Jason and the Argonauts, Harpies are sent by Zeus to punish the king Phineas, who was incarcerated on an island filled with food for revealing secrets of the Gods. The Harpies acted as an extension of his punishment, stealing Phineas' food right out of his hands before he could consume it. When the Argonauts arrived on the island, they vowed to help Phineas by driving away the Harpies, though did not kill them at the request of the goddess of the rainbow, Iris, who swore the Harpies would not bother him again. They also stole the food from Trojans as they tried to set a nightly feast while partaking a journey in another myth, leaving them so hungry that one character comments they may resort to consuming their tables before long, and the Trojans flee in terror.

They are also known as creatures that doled out punishment to the wicked, kidnapping and torturing them as they delivered them to Tartarus.

In the game, they can perform two kinds of attacks. They can either fire energy bolts at Lara or attack her with their talons.

They are also quite popular creatures in many custom levels.

Stay behind pillars or hide elsewhere when they fire their energy blasts. Listen to the noises they make. When the harpy charges for its attack it's time to get to safety.