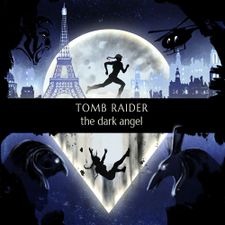 The Kickstarter campaign aimed to finance Tomb Raider: The Dark Angel we featured in our news last month has sadly failed in its goal. But all is not lost: Peter Connelly has promptly set up a new Kickstarter with a lower financing goal.

This means that there is still a chance this symphonic remake of the music we know and love from Tomb Raider IV: The Last Revelation, Tomb Raider Chronicles and Lara Croft Tomb Raider: The Angel of Darkness is going to happen, albeit in a smaller setting. This time the pledge goal is only 60.000 British Pound. If Peter manages to raise this amount, he will personally redo all the work using synthesizers instead of an orchestra.

But: There are several stretch goals this time around, one of which will include an orchestra if he manages to raise to 180.000 British Pound he aimed for in the first campaign.

For a full list of stretch goals and pledge rewards, see the Tomb Raider: The Dark Angel article, or visit the new Kickstarter Canpaign.